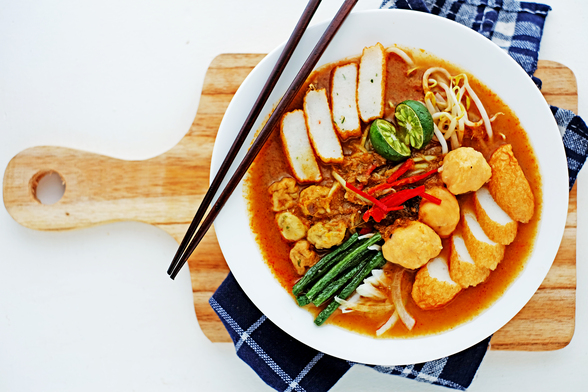 Darwin is known for its diverse culture, beautiful scenery, tropical lifestyle, its ever-lively harbour, and you guessed it right – the crocodiles. However, Darwin is now known as the undisputed laksa capital of Australia, where this spicy noodle soup is served with shredded chicken or pork, fish, or prawns. You can get it at most restaurants all day long. Many restaurants in the city today claim to offer the best laksa soup.

It might seem strange that Darwiners are obsessed with laksa, however, Darwin’s shorter distance to Asia and its multicultural society means that laksa is Darwin most popular cuisine without a doubt. Whether laksa comes from Indonesia, Malaysia or Vietnam, every bowl can be personalised to meet your specific taste up here. The noodle soup is even celebrated in the month-long Darwin Laksa Festival and experimented with different flavours and ingredients. 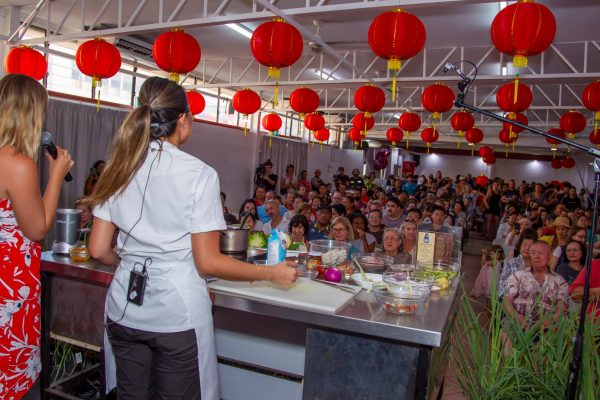 Territorians embrace their multicultural community, love for adventure and tropical climate while taking part in one of their favourite pastimes, eating laksas. The Territory laksas are considered to be amongst the best in the world. Owing to this, the Darwin Laksa Festival competition has been organised for the second year in a row to celebrate everything laksa related. The competition was open to any restaurant, cafe or stall from all across the NT that serves any form of laksa dishes. Beginning with a Laksa Food Tour from 26 October until 29 November, everyone could participate in a Laksa Tour, visit restaurants to taste and vote for the People’s Choice Laksa.

The festival culminated in the CBD on Sunday, 29 November in the evening, when the winners of the prestigious Golden Bowl Award and the two People’s Choice for Best Laksa and Best Inspired by Laksa Dish were announced. The judging panel led by Territory restaurateur and owner of Hanuman, Jimmi Shu was invited to taste and score several laksas throughout the tour. The top ten laksas were determined by averaging their scores. They were also involved in a blind-tasting session to determine the Golden Bowl winner.

Records Smashed at the 2020 Laksa Festival 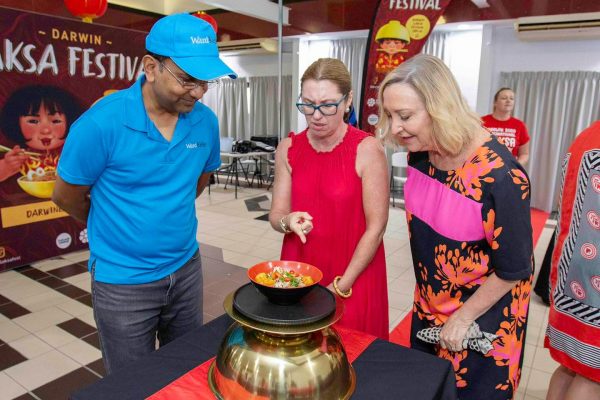 There were 40 nominations in last year’s laksa festival. This year’s event was even larger, better and spicier, with the Territory laksa legends hitting new records high. During the Darwin Laksa Festival 2020:

❁ More than 1,300 votes were cast for the best laksa dish and laksa-inspired dish

❁ There were 49 participating venues and restaurants, offering 34 laksa dishes, as well as another 34 laksa-inspired offerings, including schnitzels, smoothies, ice-cream, martinis, dumplings and cocktails

Winners were announced on the final day of festival celebrations at Chung Wah Society, Woods Street on Sunday, 29 November at 6 pm. The winners of Laksa Festival 2020 are:

Where Can You Find Laksa in Darwin? 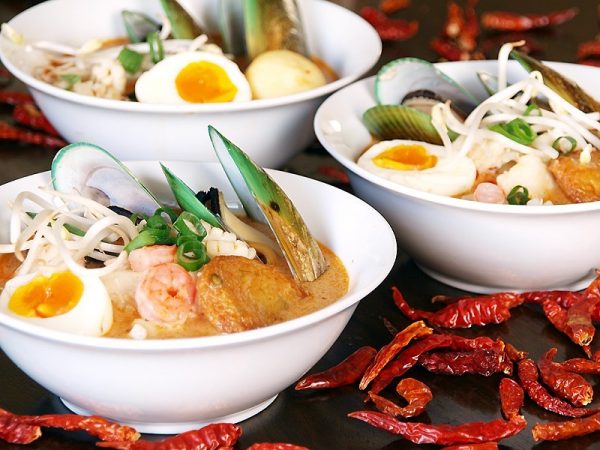 “Seafood Curry Laksa” by Raymund is licensed under CC BY-NC-ND 3.0

From Mindil Beach to Rapid Creek and Fred’s Pass, nearly all of Darwin markets have laksa stalls to ensure everyone gets access to this yummy dish. The laksa stalls there offer a range of marvellous options and great locations to watch the sunset in the NT. When there is no market stall available, there is always a cafe or restaurant nearby to satisfy your inner craving.

If you want to try Darwin’s award-winning best laksa, head to Chok’s Place in the Galleria on Smith Street Mall. They won this year’s laksa festival “Golden Bowl”, which was judged by local restaurateur, Jimmy Shu and other panellists via a blind tasting.

To sample the People’s Choice laksa festival winner, then head to Mary’s stall at the year-round Parap Markets. Mary, the owner and cook of the well-known 20-year-old stall, makes everything from scratch each week, even the freshly ground laksa paste. The line that snakes through the market is a testament to the high recognition of her food.

If you are looking for some bizarre laksas, you can go visit the Berry Springs Tavern at Cox Peninsula to try their laksa schnitzel and laksa martini. They got the People’s Choice Inspired by Laksa Dish award because of these creative meal recipes. 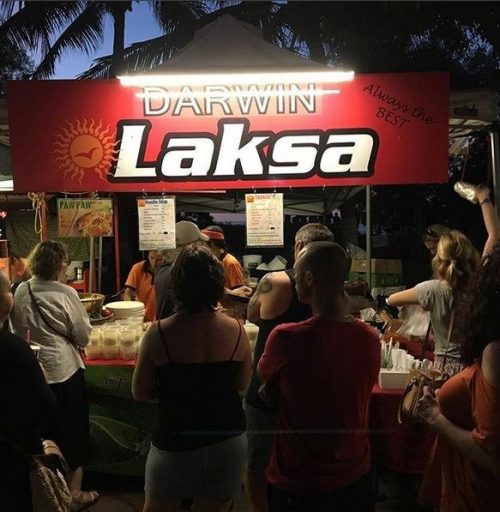 The festival has successfully encouraged Territorians and visitors to eat out and order takeaways at some of Darwin’s fabulous eateries. It has been supporting jobs in what is traditionally called the quiet wet season period.

As stated by the NT Chief Minister, Michael Gunner, “The Laksa Festival is truly a celebration of an iconic Territory dish that brings people together and helps keeps locals in jobs”.

VIEW COURSES
Get in touch 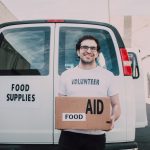 Volunteering for International Students in Australia 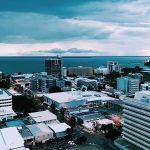 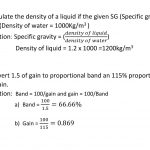 Sample Maths Questions from Certificate III in Instrumentation and Control